The field was discovered in 1975 with first oil in 1982 by SHELL Tunirex, AGIP , ETAP ( Tunisian state company ) in joint venture. 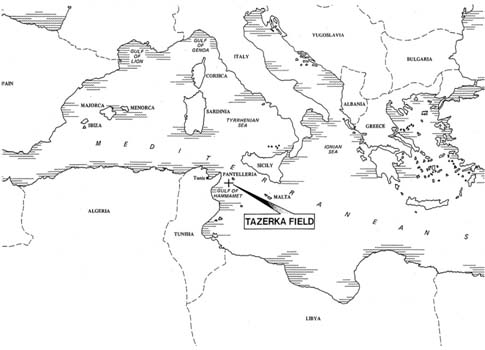 The production started in 1982 with 20 000 BOPD ( SHELL Tunirex as operator ) SAMEDAN took over the field late in 1990, and SHELL sold all its exploration and production interests in Tunisia.

SMIP took over the 80% shares in Tazerka field from SAMEDAN in 1996 and succeeded to maintain the production and the FPSO running until 1999 when it was abandoned for uneconomical reasons ( collapse of the price ).